The definition of music as an art of sounds governed by time, or as a discursive medium of sound sequences, can be defied when we adopt a term such as ‘Static Music’. Music needs time to exist, but that is not a music-exclusive characteristic since everything needs time to exist. Nothing is ‘static’. But in art, the customary observation is that painting and sculpture are static arts and music is an art of time. It is then when Static Music provokes a paradox. Sounds, especially organized sounds that produce an artistic stasis, can be called music, since they have the power to provoke an aesthetic experience.

Thus, similar to colours in a painting, sounds can resonate continuously. They can be listened to as a painting can be seen. Static Music can be explored from different perspectives. It can impose questions and can offer many interpretations. But it does not necessarily need to ‘abstract’ a concept and become conceptual art. No. It can be solely appreciated for its formal characteristics, since sounds can be organized vertically, spatially or by timbre. If a musician wants to do something closer to Rothko or Newman in music, the most proximate transposition would, without a doubt, have to be in the concept of Static Music.

The methods and techniques that I have been using along this concept are certainly contemporary (at least that is what extensive research has led me to believe), but the concept is not completely new. An exemplary work would be the Monotone Symphony by Ives Klein, written around 1947-1948, yet, his composition has more than one event (20 minutes of stasis and 20 minutes of silence). Another composer who has presented similar ideas was La Monte Young. His Composition #7 provides in the sheet music only two notes in an interval of a perfect fifth, and is instructed ‘to be held for a long time’. Along with this example, he has other similar works. Yet, most of them differ from Static Music, as although they have some type of stasis involved, they have changes, improvisation and end up creating more than a single event and ultimately, musical discourse.

Other composers, especially those labelled ‘minimalists’, have also produced similarities. Most of them were inspired by folk and religious drone music and thus were included into this category. Likewise, some critics could immediately label my music as ‘drone music’, but that would be a mistake. Drone music involves sustained tones but allows variations and improvisation. Static Music differs since it simulates sounds frozen in time, with no possibility for changes. It is as static as an object is in time and there is no sound decay.

What I have been proposing is to create an innovative experience with sounds, where complex sonorities can be explored in different ways. In Bamboo Heaven, for example, listeners have the option to experiment the sonority of a single chord, the sonority of two chords (if they walk around it) or the sonority of the intervals created among the flutes. It also provides the idea of joining eight traditional flutes from different parts of the world, which can be compared by their unique construction and distinct bamboo types. And although the sounds do not change, the perception of the listener changes with time. In addition, there is no concrete end to the experience. The listeners decide whenever they want the experience to end. There is a freedom element that does not exist in the concert room. Finally, Static music represents a musical ‘instant’, where the ‘now’ can be witnessed through temporal illusion.

What has inspired me and made me believe in the possibility of creating Static Music was a mixture of ideas that I consumed in 2013. Lyotard’s essay, Newman: The Instant, was fundamental. Referring to Newman’s paintings he asserts:
There is almost nothing to ‘consume’, or if there is, I do not know what it is. One cannot consume an occurrence, but merely its meaning. The feeling of the instant is instantaneous. (Lyotard, 1991, p.80, Stanford University Press)

This discussion is presented along the idea of ‘time’ in art and the sublime. The time of consumption that is immediate, became possible with Static Music. Photography offers an instant of a scene, but music, a part from the new concept, is never one instant. Image has been captured as an instant, would sound be able to do the same? In respect of this theme, I became inspired to compose Théâtre des Champs Elysées Mai 1913. In this suite I created a context to represent a collection of ‘musical-photographies’, to capture the ‘instant’ of an important moment in time.

Time has been many times abstracted from music. Tempo markings originated in the Baroque period and words for modifying the tempo (such as rallentando and accelerando) were born in the Classicism, providing flexibility to sounds in time (see Richard Hudson, 1996, Clarendon Press). I suggest that the greatest ‘time’ paradigms in the music of the 20th century were:

1: Debussy, for his use of different time signatures and flexibility with tempo markings;
2: Stravinsky, for his complex rhythmic material and for the famous passage (The Augurs of Spring) that avoids rhythmic symmetry in The Rite of Springs;
3: Messiaen, who composed the Quartet for the End of Time. Its title offers a double interpretation, ‘the end of time’ as a reference to the apocalypse, and the ‘end of time’ as the musical time. In its third, fifth and sixth movements, time signature is extinguished and the musical phrases are free from some aspects of time symmetry.

These three composers provided much material for future development and have influenced many other composers that employed ‘time’ as an important feature. Another relevant point that inspired me to engage into this concept was my researches about music and discourse, which began when I started writing an essay about non-narrative films. Films without a narrative can still follow sequences and provide a ‘discourse’. That is the case with absolute music or a fireworks display. It provides a discourse. But Static Music has a single event; it does not contain a discourse. The listeners are free to choose where to go.

Static Music seems to be very simple and easy to create, but in fact, this simplicity is what makes it hard. The composer must choose carefully the sonority as it needs identity, and must choose all the elements that should be detached to create an exclusive experience. Furthermore, creating endless sounds is not an easy task. Concerning electronic sounds, there are two different techniques that I have been using: sound-stretch (granular synthesis) and seamless loops. Concerning air sounds, Bamboo Heaven is produced by air pumps and demanded a lot of research and technique to blow the flutes by these artificial means. The composer must substitute his ‘pencil’ techniques to ‘engineering techniques’ and know well how to plan and design spatial artworks in order to produce static music. 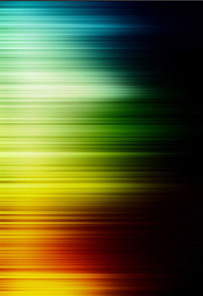